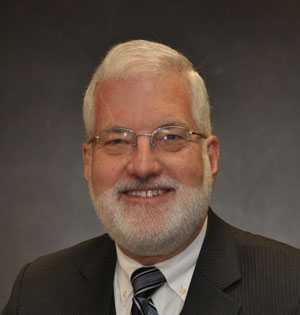 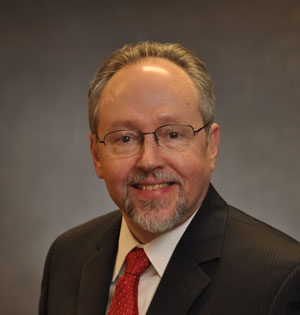 Which statutes and regulations should be the basis of a New York construction company’s safety program?  OSHA has the highest profile in the construction safety realm, with its panoply of standards specific to the construction industry, and a permanent emphasis on enforcing them.

As most of you know from experience, violations of OSHA rules often result in citations, which, unless successfully contested, carry monetary penalties, regardless of whether anyone suffered an injury or illness related to the violation.

Criminal liability under OSHA is limited to circumstances in which one or more fatalities results from a “willful” OSHA violation.  Historically, criminal prosecutions have been rare, but they have reportedly become somewhat more frequent, especially where the employer has filed false paperwork to try to cover up the violation, or simultaneously violated environmental laws, or has exhibited shockingly egregious disregard for employee safety.

Monetary penalties for OSHA violations are paid to the agency, and not as damages for bodily injuries, if any, as the violator’s employee(s) may have sustained as a result of the violation.  Also, in personal injury or wrongful death lawsuits arising out of incidents in which there was an OSHA citation, the fact that OSHA was violated does not establish negligence per se (although it may be found to be some evidence of negligence, provided that it had some causal link to the occurrence that produced the injury).

Nor does an OSHA violation, of itself, provide a worker who was exposed to the hazard a private right, separate and apart from bodily injury, to bring a lawsuit for money damages, or injunctive relief, in state or federal court.

While training and compliance with OSHA’s standards are essential, the OSH Act is not the sole source of responsibility (and potential liability) for jobsite safety in New York.

Where an employee suffers an on-the-job injury or illness, in most cases the same will be subject to the Workers’ Compensation Law (all states have analogous, although not identical, laws).  Workers’ Comp is an early twentieth-century reform, which provides for workers to receive compensation for lost wages and medical expenses (and the workers’ estate or his heirs to receive compensation for wrongful death) for most job-related injuries and illnesses.

While Workers’ Compensation laws differ from state to state, generally the employer must provide insurance, and compensate an injured worker without regard to fault. (New York has an exception for injuries solely caused by the worker being under the influence of alcohol or controlled substances).  The injured worker, although relieved of the necessity to maintain a lawsuit (and await a judgment, before receiving any compensation) and prove the employer’s negligence, loses the right to sue in court.  Disputes, e.g., concerning whether the injury was work-related, are decided by an administrative law judge, employed by the state’s Workers’ Compensation Board.

While, in theory, Workers’ Compensation is generally supposed to be the injured employee’s sole recourse against his employer, this exclusivity can often be circumvented by the injured plaintiff suing the premises owner, the general contractor, the manufacturer and vendor of any equipment as may have been involved in the accident, etc.  In such a case, the employer may be brought into the litigation, as a third-party defendant, by other parties claimed to be liable (although the employer’s liability to indemnify third parties may be limited by statute).

New York is notorious for its “Scaffold Law,” Labor Law § 240(1). This statute applies in cases involving falls, falling objects, and height differentials in construction and related activities, where the mishap occurs due to the employer’s failure to provide necessary safety equipment.  It is much detested in the industry because, whereas New York law subjects all other personal injury plaintiffs to having their damages reduced in proportion to their comparative negligence (as found by the trier of fact) plaintiffs in Scaffold Law cases do not have their judgments reduced (unless it be found that the employee’s negligence was the sole proximate cause of his injuries).

In addition to OSHA violations, injuries and illnesses subject to the Workers’ Compensation Law, and the Scaffold Law, there are at least two additional sources of potential liability for injuries to workers related to construction work in New York.

Of these, the least well-known is the Industrial Code, a mostly-vestigial set of safety rules left over from the days prior to OSHA.  While the Industrial Code specifies certain safety requirements on contractors and owners involved in construction, excavation, or demolition work, we are not aware that the Legislature or New York’s Labor Department regularly updates it, or has employees whose job it is to enforce it.

A plaintiff pursuing damages for injuries allegedly due to the violation of any provision(s) of the Industrial Code is limited, moreover, to those provisions deemed sufficiently specific so as to impose an affirmative command.

The remaining legal basis for liability to injured construction workers for damages due to personal injuries on the jobsite is N.Y. Labor Law § 200, essentially a codification of the common law on the subject.  It requires workplaces to be “constructed, equipped, arranged, operated and conducted as to provide reasonable and adequate protection to the lives, health and safety of all persons employed therein[.]”

As observed by the New York Appellate Division in Bradley v. HWA 1290 III LLC (2018)  claims under Labor Law § 200 fall under two categories:  those arising from an alleged defect or dangerous condition on the premises, and those arising from the manner in which the work was performed.

Bradley involved an experienced elevator maintenance mechanic, employed by the company retained by the building owner to provide full-time, on-site elevator maintenance.  Mr. Bradley was found dead in a motor room, and was determined to have been electrocuted while working alone, when his arm came into contract with an electrical transformer.  Although enclosed in a cabinet, the transformer did not have an additional cover.

When the defendant building owner moved for summary judgment, the motion court found the lack of a cover on the transformer (claimed to be contrary to a standard of the American National Standards Institute) to be sufficient evidence of a dangerous condition as to preclude summary judgment for the premises owner.  In addition, a flashlight having been found near the remains, and a coworker (not present at the time of the accident) having stated that the lighting in the motor room “wasn’t that good,” the possible insufficiency of the lighting was held to be an added condition that barred judgment for the defendant without a trial.

On appeal, a panel of the Appellate Division voted 3-2 to reverse and dismissed the action, as the defendants had not designed or manufactured the cabinet, or any of its components.  The Appellate Division found also that the ANSI standard lacked the force of law, and testimony by an elevator consultan that covers were not required because the transformers were in an enclosed cabinet (and that the cabinet had passed repeated Building Department inspections) was held to be conclusive.

As for the lighting, the helper’s testimony was not sufficiently persuasive to create a triable issue of negligence for a jury, because there was no proof that the illumination where the accident took place was dimmer than allowed by Code.

Since even the courts find it hard to agree about what conditions constitute safety hazards giving rise to potential liability for personal injury or wrongful death, prudence mandates frequent, well-documented safety inspections.  And, if you get sued, the credentials and persuasiveness of your trial experts may make all the difference in the outcome.