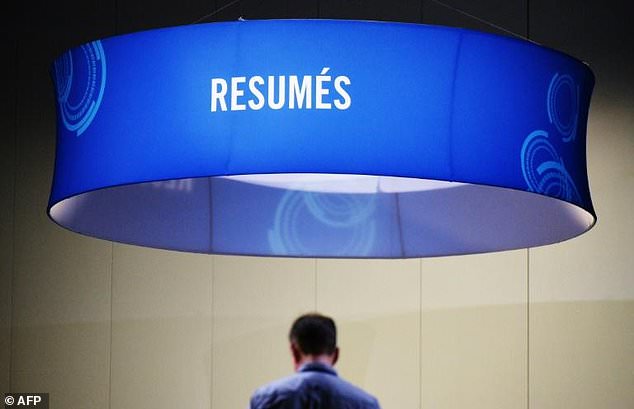 Job seekers at a hiring fair in Washington DC

US companies continued to hire at a strong rate last month, but the pace slowed from the hurricane-inflated 2017 peak seen in October, payroll firm ADP reported Wednesday.

Nearly every major segment of the economy added employees, including the biggest increase in manufacturing jobs on record, according to the report that is closely watched for hints of what is to come in the key government jobs report Friday.

Total private employment increased by 190,000 in November, cooling from the blistering 235,000 pace in the prior month, according to the data. The gain was exactly as forecast by economists.

Manufacturing employment surged by 40,000 positions, the biggest increase since the data was first compiled in April 2002.

Despite that gain, the total goods producing sector slowed, adding just 36,000 positions, the lowest since the summer, after rising by more than double that amount in October. Services employment rose to 155,000, slightly higher than the prior month.

“The job market is red hot, with broad-based job gains across industries and company sizes,” Mark Zandi, chief economist of Moody´s Analytics, said in a statement.

“There is a mounting threat that the job market will overheat next year.”

The construction sector saw a rare dip, slipping 4,000 after a stunning 62,000 surge in the prior month boosted by post-hurricane reconstruction hiring in the wake of two major summer storms.

Ahu Yildirmaz, vice president and co-head of the ADP Research Institute, said the reports of difficulty filling open positions could get worse.

“As the labor market continues to tighten and wages increase it will become increasingly difficult for employers to attract and retain skilled talent,” he said in a statement.

That could become a concern if rising wages translate to higher inflation, which in turn could cause the Federal Reserve to accelerate increases in the key lending rate.

The consensus forecast is for the Labor Department to report total nonfarm payrolls to increase 190,000 in November, with a gain of 170,000 expected for private employment.

The ADP report covers 411,000 firms and 24 million workers and is used as a signal on the overall labor market, even while it does not always track the official data closely, since the reports use different data.

Sorry we are not currently accepting comments on this article.