Tyson Fury’s anti-doping hearing was delayed until December because his legal team could not agree a date, according the British Boxing Board of Control (BBBofC) general secretary

With Fury back in the gym and his planned return to the ring gathering pace, the hearing is now set to resume next month.

Fury has not boxed since winning the world heavyweight championship from Wladimir Klitschko two years ago. In the meantime his boxing license has been stripped and he has been awaiting the resumption of an anti-doping case after being charged with ‘the presence of a prohibited substance’ in June 2016. 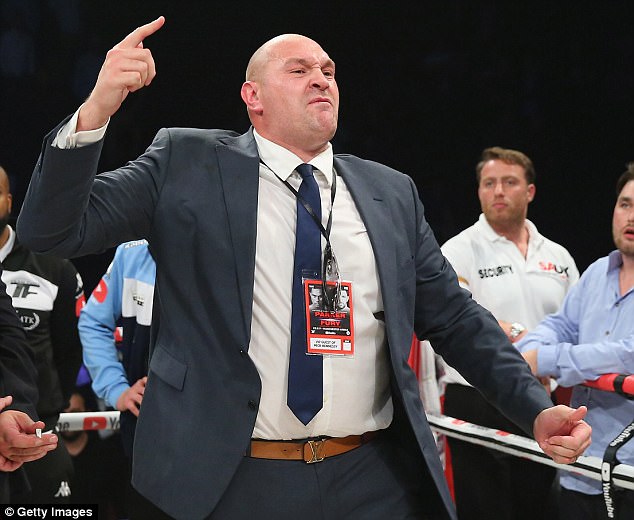 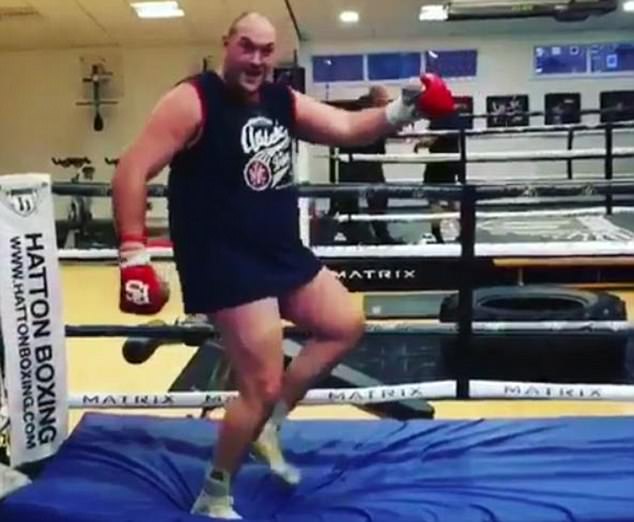 Robert Smith, the BBBofC general secretary, has now confirmed to Sky Sports that Fury’s hearing would resume in December.

He explained: ‘The reason why this has taken so long, so I have been led to believe, is because Mr Fury’s legal team could not agree a date for the recommencement of the hearing. They obviously now have, and the hearing will recommence.’

Fury had hoped to return to the ring earlier this year but that plan was scuppered when his National Anti-Doping Panel (NADP) hearing was adjourned in May.

In September Fury took to Twitter to express his frustrations at the delay. He wrote: ‘Either ban me or set me free, as I’ve been in limbo for a long time! I want to move on with my life. Clear my name and let me return to my former glory.’ 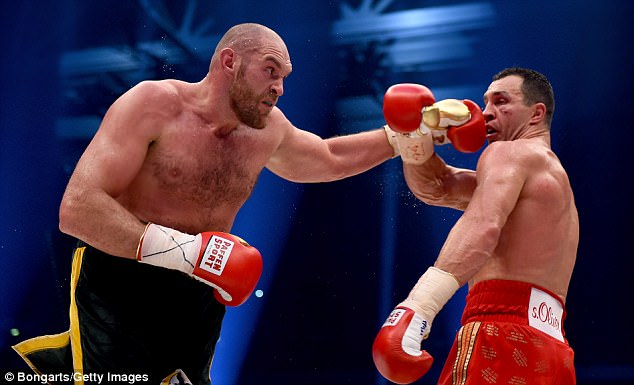 UKAD, however, has issued a strongly-worded statement later that month to explain that it is not responsible for how the ‘entirely independent’ NADP operates.

It said: ‘From the beginning, UK Anti-Doping has pushed for resolution of the charges as quickly as possible and has invested significant resources in trying to achieve this.

‘There are various reasons why, nevertheless, the charges have not yet been heard on the merits. All parties are currently awaiting a ruling from the NADP tribunal on an application made by the athletes to exclude certain evidence. 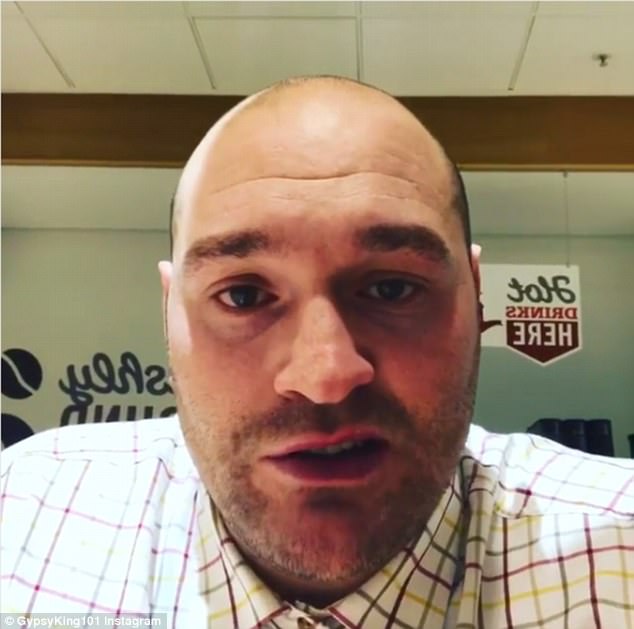 ‘Once that ruling is received, the matter will proceed to a hearing on the merits. UK Anti-Doping is currently pushing for dates to be fixed for that hearing to take place as soon as possible.

‘It is therefore inaccurate to suggest either that UK Anti-Doping is failing to pursue these charges as quickly as possible, or that Mr Tyson Fury and Mr Hughie Fury are being treated differently to other athletes.’

Fury, who recently called out Tony Bellew, will not be guaranteed a renewed boxing license even if he is found not guilty by UKAD, it was confirmed by the BBBofC.

‘It is publicly known that Mr. Fury has a number of health issues and we would have to look at that,’ Smith said.