For some, kids are the best thing in the world. Whether it’s their natural innocence or the funny things that come out of their mouths sometimes, some people have a desire to have a career that focuses on working with kids.

We’ve come up with a list of the top careers where you work with kids so you can fulfill your dream of helping kids when they are in need or if you just like spending time with them because it reminds you of your own childhood and easy-going days. 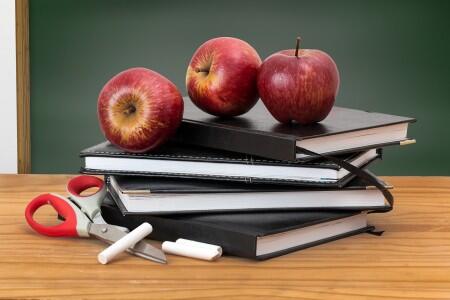 Interact with kids for 180 days out of the year for seven hours a day as a teacher. A career as a teacher allows you to choose which age group to work with. Maybe you enjoy playing with kids and like watching them grow. Then you may want to consider being a preschool or kindergarten teacher. If you enjoy teaching children and shaping their minds, then you’ll probably want to work with the older groups.

Being a teacher allows you to be creative and shape the future generation. It’s a huge responsibility, but if you view being a teacher as more of a goal rather than a job, then you’ll be great!

Does the human body and the way it works intrigue you? But do you also love talking to and helping kids when they don’t feel well? Then a career as a pediatrician for you! As a pediatrician, you get to inform mothers on nutrition, development, and other stages that their children will go through as they grow older. You can help a child feel better when they’re sick, prevent dangerous illnesses with vaccines, and educate new mothers on the best way to take care of their kids.

Maybe ten years of medical school doesn’t necessarily appeal to you, but you still want to help kids when they are sick. You may want to look into a career as a pediatric nurse. To become a nurse, you do not have to apply and pay for an expensive medical degree and you have more hands-on work with children. You can work in either a pediatrician’s office or a pediatric hospital. 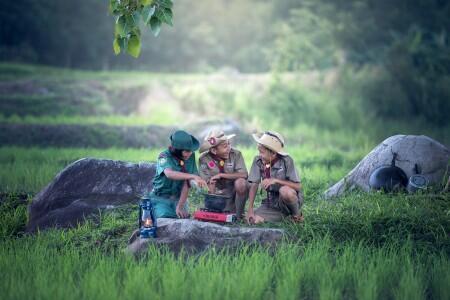 Do you have fond memories of going to summer camp as a kid? Help to make those memories for other kids as a camp director or counselor. This is a great career if you enjoy working with kids and event planning. There is a lot of planning, creativity, and problem-solving that goes into this career. The best part is that you’ll be helping kids create lifelong memories at camp.

If you have a strong need to take care of children, you should consider becoming a nanny. There are a few ways to become a nanny. You can join a nanny agency that matches you up with families looking for nannies or you can find clients on your own.

The best part about being a nanny is that it doesn’t have to be a full-time job if you want. There are many students in college who will take on a nannying job part-time. The beauty of being a nanny to kids is that you get to watch them grow older and form a strong connection with the kids and feel like you are part of the family.

Family photographers or child portrait photographers get to have so much fun capturing beautiful photos of kids and families. You can find a specialty and have different themes for kids. This is a great career if you are artistic and enjoy creating everlasting memories in the forms of photos for families. 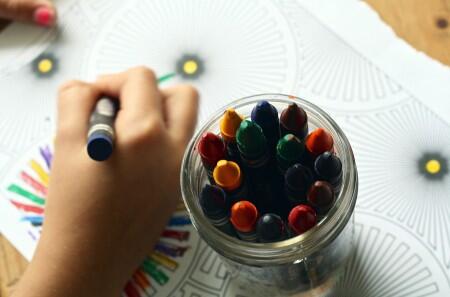 In some pediatric hospitals, there is a center called Child Life. In these centers, children who are battling diseases or recovering from a traumatic injury can go and play with toys, do crafts, watch movies, play games, and interact with other patients. It’s a place for children who are going through an extremely rough time to just be kids. As a specialist, you will help kids have fun and even do therapy through play.

When blood and needles make you queasy but you still want to help children in a medical sense, child psychology is a great career to go into. Rather than mending broken bones, you’ll help to mend the mind.

This career can be exhausting, though. You will have to interact with children who don’t necessarily want to talk to you or who have been through horrible situations. It’s important to be prepared to get emotional and invested in your work as a child psychologist.

Why Work with Kids?

Working with kids isn’t for everyone. However, the people who do love kids and want to work with them every day have a few options to choose from career-wise. Whether you’d like to help children medically or teach them and watch them grow, or just create wonderful lifelong memories for children, there is a career out there for you.