5. An Accidental Marketing Tactic That Many Companies Can Learn From 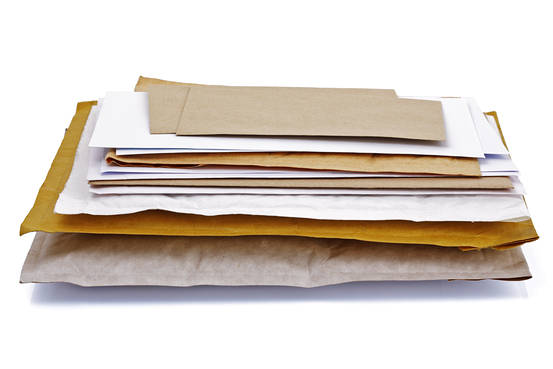 What would you do if you opened a UPS envelope and there was nothing inside?

Friends of mine, who have asked to remain anonymous, as they don’t want to alert their competitors to the success of their sales campaign, inadvertently answered this question a few years ago when they accidentally mailed several hundred empty UPS envelopes.

UPS envelopes don’t have the cachet they had, say, in the 1970s. Even so, nearly everyone still opens them, unlike most of the junk mail we receive.

My friends launched a marketing campaign in which they were reaching out to owners of a certain type of lease, in order to offer them more attractive terms. These lease holders were notoriously difficult to reach.

The company intended to send them marketing material in a UPS envelope, with their 1-800 number printed on the return address label. But they mistakenly sent out those empty envelopes.

To the company’s surprise, their phones started to ring. The prospects wanted to know: “What were you trying to send me?” The company’s executives soon realized their accidental tactic worked, and the stealth campaign became its core direct-mailing strategy.

Let me stop here with a word of caution. The company’s decision to make this its core marketing strategy has obvious ethical, and potentially legal, implications that every venture should consider before initiating a similar campaign. All marketing tactics a company deploys should be consistent with its values and be in accordance with your local laws, as well as those of the recipients.

Having said that, my friends felt that this campaign didn’t cross their line because the company clearly indicated who they were from the initial envelope’s return address, as well as in the follow-on letters, which were upon company letterhead. A quick Google search would inform a recipient of the company’s business model and it would not take a huge leap to determine why they might be reaching out.

What’s more, it clearly worked: Over a multiyear period, the response rate of the empty envelopes averaged 15%.

When prospects called, the person answering the phone asked, “Are you one of our partners?” Prospects would explain that they were not partners, and that the envelope was empty. But the conversations had begun, and they would quickly segue into discussions of a potential partnership.

Recipients of the empty envelope who did not call the company were sent a follow-up letter, in a standard envelope and on company stationery saying, “We understand that you might have received an empty envelope from us. Please reach out to discuss the intent of our package.” The letter generated an additional 20% response rate.

A third letter was sent to the remaining nonrespondents, in a normal envelope, indicating, “We understand that we sent you an empty UPS envelope. We have tried to contact you, but without success. This is our last attempt to reach out and inform you of the intent of our package.” This final letter resulted in an additional 9% response rate.

Over the course of the campaign, the company mailed over 15,000 empty UPS envelopes. The three letters resulted in a combined 38.12% response rate. In one year, over half of all of the company’s new bookings were generated by the stealth campaign.

To put this in perspective, a 2015 report by the Direct Marketing Association indicates that the typical direct-mail prospecting campaign motivates 1% of the recipients to take action. Campaigns that oversize envelopes, similar to the initial stealth campaign UPS envelope, generally result in a 5% response rate.

If you assumed these industry standard response rates, the same three mailings, with a letter in the initial oversize envelope, would have likely caused about 1,034 people to call the company. In contrast, the empty envelope and subsequent mysterious follow-up letters motivated 5,718 people to pick up the phone.

What explains the phenomenal response? Without realizing it, the company tapped into two psychological phenomena, which academics have named after the respective researchers, Bluma Zeigarnik and Maria Ovsiankina.

The Zeigarnik Effect is the inclination to recall uncompleted or interrupted tasks better than those that are completed. Similarly, the Ovsiankina Effect describes the tendency for people to continue to think about an uncompleted, interrupted task until it is resolved.

There are lessons here for all companies, large and small. The human traits these researchers  identified drive our love of cliffhangers, mysteries and other narratives that hold us in suspense. Humans have a compulsion to finish the unfinished, thereby strengthening a marketer’s call to action.

If a company can harness these aspects of human nature with its marketing campaigns, the results can be powerful. Getting people to remember the company’s call to action and having it recur in its thoughts until it is completed is marketing nirvana.

As this marketing campaign makes clear, the lines between mystery and fraudulent inducement can be narrow. Thus, don’t trick your prospects into responding. Rather, intrigue them.

–John Greathouse (@johngreathouse),  an investor and serial entrepreneur who also teaches entrepreneurship at University of California at Santa Barbara