And what a job he did.

Seager homered and hit a pivotal two-run single in the eighth inning to back a fine pitching performance by James Paxton and help Seattle beat the Baltimore Orioles 3-2 Tuesday night. 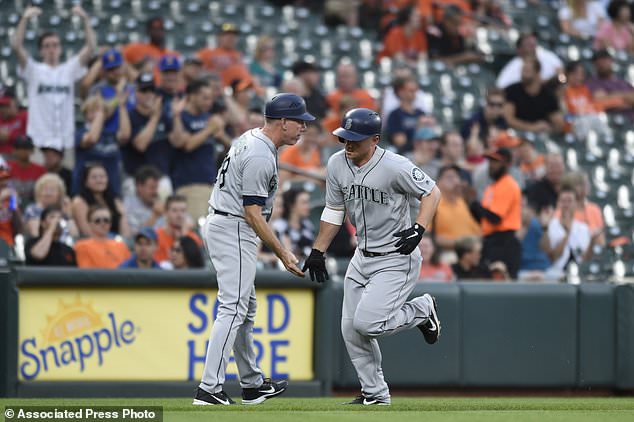 Cruz, who leads the team with 20 home runs, was a late scratch with lower back tightness. Seager took over at cleanup and accounted for all the Mariners runs.

“Couple of coaches felt going into the game that Seags was going to be our guy,” manager Scott Servais said. “Sometimes guys have to step up. We had the right guy at the right time.”

Though Seager came through in a pinch, he knows his place in the lineup isn’t cleanup.

Paxton (7-2) struck out 10 over seven innings, allowing two runs and six hits. It was the sixth time this season he’s reached double figures in strikeouts.

The Mariners came to town with six losses in seven games, and now they’ve won two in a row to open a four-game series against the team with the worst record in the majors.

“We’re supposed to come in here and beat this team,” Paxton said. “We’re doing a good job so far.”

Alex Colome worked the eighth and Edwin Diaz got three outs for his big league-best 29th save.

Seattle trailed 2-1 before rallying against the weary Baltimore bullpen.

Dee Gordon led off the eighth with a double and Jean Segura got his third hit of the game on a bunt down the third-base line. Orioles reliever Darren O’Day (0-2) hurt himself trying to field the ball and was replaced by Tanner Scott, who walked Mitch Haniger before Seager hit a liner to center.

O’Day’s injury was a troublesome hamstring that has been bothering him for weeks and will likely land him on the disabled list.

“Yeah, it’s frustrating,” the right-hander said. “I was throwing well and helping the team.”

In the fourth inning, Seager hit his 14th home run to offset a second-inning solo shot by Danny Valencia.

It was still 1-1 in the sixth when Baltimore used three straight singles to load the bases for Manny Machado with no outs. The three-time All-Star bounced into a 4-6-3 double-play, breaking into a trot long before he reached first base.

“Usually, when a ball is hit that firmly it’s a pretty easy double play,” manager Buck Showalter said. “He just took his time and Manny allowed him to take more time than he normally would. It’ll be addressed.”

Kevin Gausman gave up one run and five hits in six innings. He left with a 2-1 lead, but the bullpen gave it away, leaving Gausman winless in eight starts since May 11.

THE BARBER OF SEATTLE

Servais may soon be sporting a different look, thanks to a bet he made with Diaz earlier this season. Servais said he would get waves identical to the ones Diaz has shaved into the side of his head if the closer notched 50 saves this season. “I’m looking forward to the day; others in my family are more concerned,” Servais said of the potential haircut.

Mariners: C Mike Zunino was back in the starting lineup after missing Monday’s game with a sore thumb.

Orioles: Showalter said after the game that OF Craig Gentry sustained a rib injury after being hit by a pitch and will be placed on the disabled list. … RHP Dylan Bundy was placed on the DL with a sprained left ankle. He’s expected to be back on July 6. … RHP Chris Tillman (back) will take his rehabilitation assignment to Triple-A Norfolk after allowing two runs in 3 1/3 innings for Class A Delmarva on Monday. 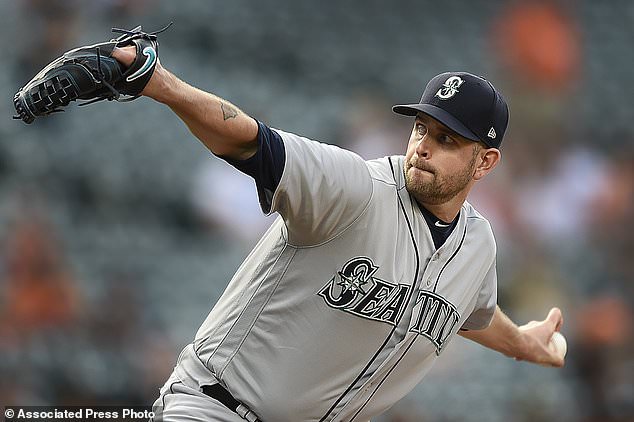 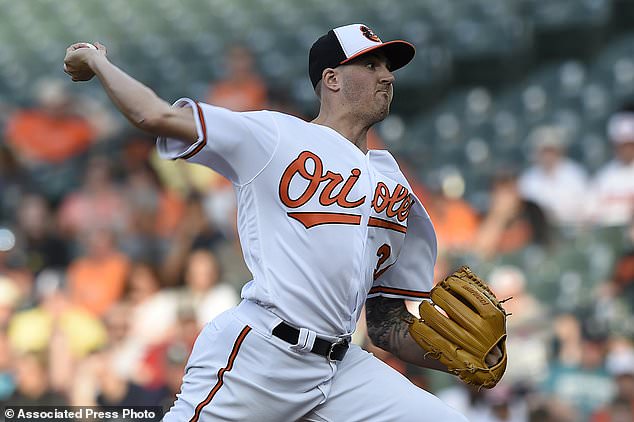 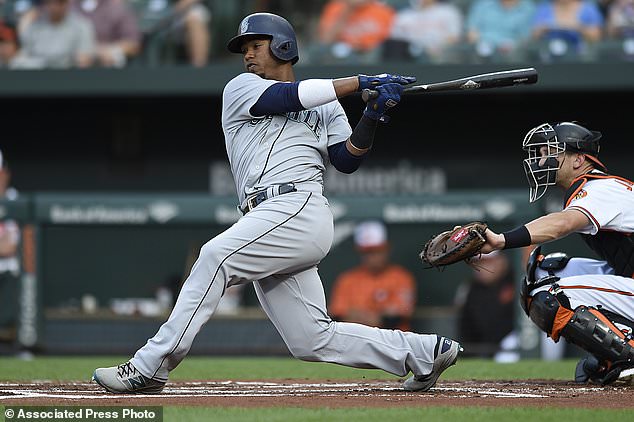 Seattle Mariners’ Jean Segura follows through on a single against the Baltimore Orioles during the first inning of baseball game Tuesday, June 26, 2018, in Baltimore. (AP Photo/Gail Burton)

Sorry we are not currently accepting comments on this article.