Sandra Pupatello — who lost to Kathleen Wynne during the last provincial Liberal leadership race — is not ruling out another run, but she said the top job is not exactly attractive, especially without official party status.

She also said it will take work to bring the party back to its “centrist roots.”

“Whoever would consider that is going to have to be up for sainthood first, then consider doing it,” she told CBC Radio’s Windsor Morning.

Without official party status, there’s no recognized role for the leader in the legislature and no government funding.

Pupatello, who finished second to Wynne in the 2013 Ontario Liberal leadership race, said the party has since strayed off course and paid a heavy price.

“I don’t want to take anything away from Kathleen who just was a tireless worker. She really was very driven by issues, which is a great role model for women in politics,” said Pupatello. 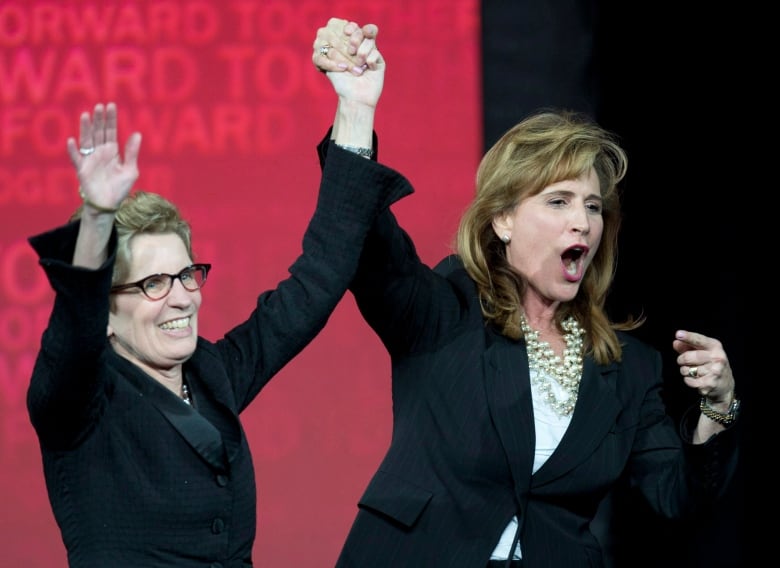 Sandra Pupatello, right, entered the Ontario Liberal leadership convention as the candidate to beat but Kathleen Wynne secured key endorsements on the convention floor, propelling her to the premier’s chair in 2013. (Frank Gunn/Canadian Press)

“But … Liberals tend to be centrist. And I think when they stray from that, it’s not too long before they stray into another party’s territory, and that caused a lot of confusion I think for voters and they’re figuring if I’m going to vote left, I may as well vote for the real thing.”

Pupatello said she has received calls from a number of former colleagues asking her to make a political return.

“There are lots because they don’t have to get up for 20 hours a day to go to towns you’ve never heard of in the middle of a Saturday night. It’s easy to get someone else to do that — again.” 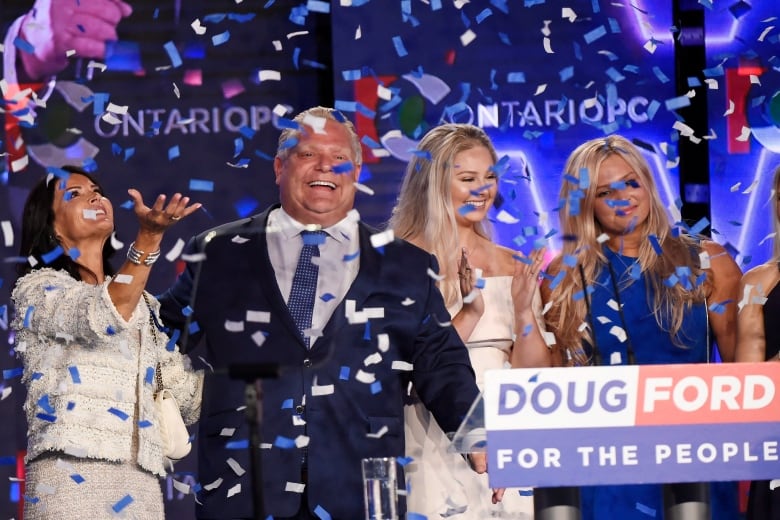 Pupatello, who represented Windsor-West at Queen’s Park from 1995 to 2011, has kept herself busy since leaving politics. In 2014, she signed on as the CEO of the Windsor-Essex Economic Development Corporation and stepped down one year later. She has also served on Hydro One’s board of directors.

“I wish I had these six years before I ever ran in ’95 because I think I would’ve been a much better MPP and a better legislator,” she said.

Pupatello said she met Ford when he was a Toronto city councillor. She describes him as a “sensible guy” whose antics were exaggerated greatly by news media.

The need for three parties?

Pupatello is also calling on Ford to give the Liberals official party status.

“I believe that Ontario needs three parties. We need to have that centrist party for sure or you will begin to see the kind of divisiveness that we see in the U.S. when you’ve only got two choices. That’s what I believe happens without a good solid centre.”