Yasmin Rafiei was researching for her undergraduate degree when she saw a gap in Canada’s medical field.

She found Canada’s medical schools lacked representation from people with lower socioeconomic or Indigenous backgrounds. As a University of Alberta student hoping to get into medicine, she thought about all the barriers she was able to overcome that others couldn’t for various reasons.

“I realized there were a number of barriers for students who maybe don’t have the same level of financial and social capital that I have access to,” Rafiei told CBC’s Radio Active on Friday. “All of this was kind of steeping in my mind.”

She was given the opportunity to work with the Peter Lougheed Leadership College at the U of A to create Venture Healthcare, a two-week internship program for students from groups that are under-represented in health professions.

The program partnered with the college and Dr. Jill Konkin of the faculty of medicine and dentistry community engagement division.

It aims to give students opportunities to try multiple careers through job shadowing, providing them with potential mentors with the hope they will take an interest in health-care careers, where Rafiei said they are under-represented.

“That becomes a problem because people who are from lower socioeconomic backgrounds but also vulnerable populations also tend to be over-represented in our health-care system,” Rafiei said.

She said people from vulnerable communities tend to have the worst health outcomes, so it’s important they have representation in health-care professions.

Reina Shewakramani, a Métis student at the U of A, was one of the first students in the program. Shewakramani has wanted to be an oral maxillofacial surgeon since she was 16 years old, and the program didn’t change her mind.

But it did change her perspective on other aspects of the health-care industry.

“It’s actually exposed me to reality that this system is a difficult situation, it’s a complicated situation,” Shewakramani told CBC’s Radio Active Friday. “There are many facets, but you can still make a difference, little by little.” 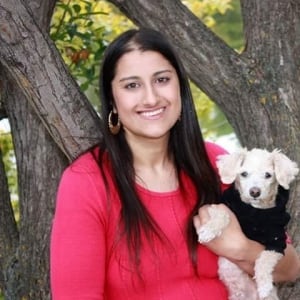 “Different influences might have triggered her inability to take care of me,” Shewakramani said. “It gave me a different perspective on my own life and maybe she did it to give me my best chance.”

Venture Healthcare helped Shewakramani develop a different perspective on how to advocate for Indigenous people. “That’s part of the reason I want to get into health care, is to help people who are struggling,” she said.

She also met some potential mentors and friends, as she continues her path toward a career in dentistry.

“It was a real opening that you don’t have to do this alone,” Shewakramani said. “We can support each other.”

Rafiei will struggle to find time to work with the program next year, when she starts medical school at Stanford University in California. But the program will continue, with potential to make the program a three-week internship instead of two.

She hopes it continues, and she said she’ll do what she can to stay involved.

Listen to Radio Active with host Portia Clark, weekday afternoons on CBC Radio One, 93.9 FM/740 AM in Edmonton. Follow the show on Twitter: @CBCRadioActive.