The tumultuous Ontario Progressive Conservative leadership race will end as planned Saturday after the party scored an important court victory, convincing a judge to reject a request to extend the contest by a week.

The latest battle in the chaotic campaign took place in a Toronto courtroom Friday with Ontario Superior Court Justice Todd Archibald ruling in favour of the Tories and rejecting the application of a  disenfranchised party member.

If passed, the injunction would have extend the leadership voting period. With the application rejected, the leadership race will not be extended and will end as planned with the new leader announced Saturday.

Archibald said extending the race — which cost the party $1.5 million to run — would adversely impact the 60,000 people who have already voted in the race.

“This case turns on the balance of convenience,” Archibald wrote in his six-page decision. “The clear balance is in favour of the [party].”

“One more week without a leader impacts every member of the Progressive Conservative Party of Ontario,” he wrote.

Archibald said the fact alone that the disenfranchised members did not attempt to resolve the issue first within party was grounds for dismissal of the claim.

“Asking our courts… to intervene in the process every time there is a grievance risks opening the door to an innumerable number of court challenges,” he wrote.

A lawyer representing a disenfranchised party member had brought an application for an injunction to prolong the race less than a day before voting was set to end.

Jeffrey Radnoff said his client and others had not received a personal identification number, which party members need for verification purposes before they could vote.

“He’s disappointed that he can’t vote,” Radnoff said. “But he feels he had his day in court.”

Radnoff argued that the extension was actually in the best interest of the Tories because disenfranchising “thousands” of voters could lead to questions about the legitimacy of the leader elected through the process, and subsequent legal challenges.

‘You have to draw a line in the sand’

The disenfranchisement of some members within the party is still a significant issue the Tories must address, he said after the decision was announced.

“We had to raise this issue,” he said. “The judge said it was a very important issue. He really thought it should have been raised sooner.” 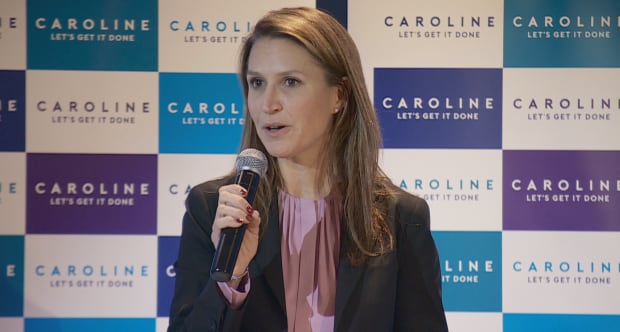 Mulroney was among the candidates who wanted the vote extended. (CBC)

Gina Brannan, representing the Progressive Conservative Party, told the judge the sudden January resignation of Brown, which came months before a spring election, had created an unprecedented  situation that made the contracted leadership race necessary.

Brannan said the longer the party waits to select a new leader, the greater the danger it suffers “irreparable harm,” scuttling chances for the Tories to win the June 7 election. She acknowledged that the online system wasn’t perfect but added that no system to select a leader ever is.

“At some point you have to draw a line in sand,” she said. “This can’t be the never-ending story… or we’ll never pick a leader.”

The party decided against prolonging the race late Wednesday, saying that doing so would contravene its constitution. It also noted that it had previously extended registration and voting deadlines.

The chair of the party’s leadership election organizing committee, Hartley Lefton, issued a statement saying he was “pleased” by the verdict and that it affirmed what they believed to be true about the race.

“Our committee was mandated to develop and deliver a fair election to elect the next Leader of the Ontario PC Party, and this ruling confirms we have been consistent with this mandate,” he said.

Lefton added that the party will review the race with an eye to correcting mistakes made and improving future races.

“We will review this process in its entirety once it is complete, in light of the challenges, and offer solutions to avoid them in the future,” he added.

Earlier in the day, Lefton testified in court in defence of the Tories’ voting process.

As of 8 a.m. Friday, he said, 71,402 party members had been verified and the party confirmed that 64,053 members had voted when balloting closed at noon Friday. 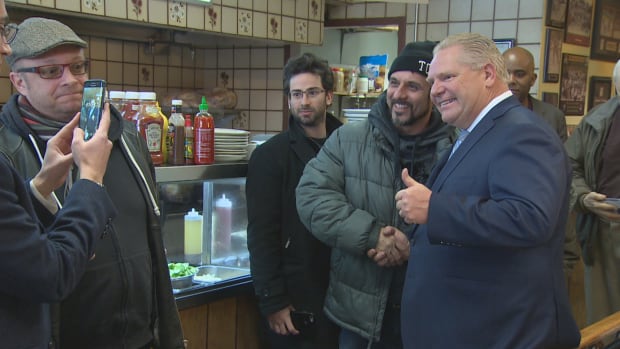 Ford poses for a photo during a Thursday morning campaign stop in Toronto. Ford lashed out at Elliott for her stance against a vote extension. (CBC)

“These numbers represent an all-time high for the PC party. It’s not even close,” Lefton said in court.

Leadership candidate Elliott, who was the only candidate not to call for an extension in voting, said while the process hasn’t been perfect she welcomed the judge’s ruling.

“We were encouraged to see the decision of the Ontario Superior Court of Justice today which validates our election process,” she said. “We know Ontarians are counting on us to come together so we can all finally turn the page on Kathleen Wynne.”

LIVE COVERAGE: CBC News Network will broadcast live from the Ontario PC leadership event on Saturday, starting at 1 p.m. ET, with host Rosemary Barton. You can also watch it streamed live on cbcnews.ca or tune into regular news updates on CBC Radio One in Ontario.