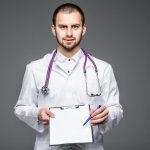 Numerous studies have highlighted the positive relationship between organizational leadership and organizational performance. Many of these have focused on the private sector however, so a recent study from researchers at Harvard, Lancaster and Bristol Universities is interesting because it examines the impact leadership has on performance levels in the public sector.

The paper delves into one of the biggest public sector organizations in the world – the UK National Health Service.  Leaders of individual hospitals, often with around 4,500 employees and multi-million pound turnovers were tracked. The hospitals provided an interesting testbed precisely because of recent reforms that had given the leaders a much greater degree of autonomy. This allowed the impact of their leadership to become more profound.

Hospitals are also great test beds because of the wide range of metrics available to document performance levels. This allowed the researchers to explore what aspects of this performance can be influenced by the CEO.

The specialized nature of the work meant that talent would often flow from one hospital to another. These movements were monitored alongside the style of the CEO allowed them to test whether the leaders were able to influence multiple employers in the same or similar way.  This data was also compared with empirical data on hospital performance after the new leader was hired.

Worryingly, the analysis finds very little evidence that the leader makes any difference to their organization at all.

“Overall, our results indicate that the CEOs of large public hospitals such as those included in the NHS do not bring about changes in hospital performance, a result that stands in stark contrast with earlier findings relating to the private sector and to smaller public sector organizations,” the authors say say.

What’s more, there doesn’t seem to be any noticeable impact of CEO pay either. Whilst variation in compensation across the NHS is much smaller than in the private sector, what pay differentials that do exist don’t appear to have any impact upon performance.

The results are a start contrast to similar studies conducted in the private sector, and indeed in smaller public sector organizations. The authors propose a number of possible reasons for this poor performance of leaders in the NHS. The first of these is the inherently political nature of the NHS in England. This might encourage not only politicians to meddle, but CEOs to pursue political goals rather than performance goals. In such a scenario, a rational CEO would pursue a strategy of minimizing bad news rather than one of actively trying to increase performance.

This is reflected in the fact that it’s more likely to see variance in the receipt of public honours among hospital CEOs than it is in performance levels, with those paid more more likely to receive honors than their lower paid peers.

A second possible explanation is that the NHS is inherently incredibly complex and that the organizational inertia is too much for the vast majority of CEOs to overcome and have any noticeable impact upon performance, especially given the relatively short timeframe they are in office.

These factors can often be compounded in a public sector setting because not only are the contracts of clinical staff often much longer than those of the CEO, but income and budgets are determined by taxation rather than the demand for services.

“Regardless of what is the underlying driver of our results, they raise concerns about the plausibility of policy approaches that focus on the use of transient “turnaround” CEOs to improve the performance of individual hospitals,” the authors explain. “A leading NHS manager recently argued that it takes five years for a CEO to make a difference but the average time in post is less than two.”

Indeed, they go on to suggest that rather than pursuing the ‘hero’ approach of parachuting in a high-paid CEO, a better strategy might be to nurture and sustain the skills of middle managers, for which there is at least some evidence as to their impact on hospital performance.  Whether it’s an advice that will be heeded however remains to be seen.