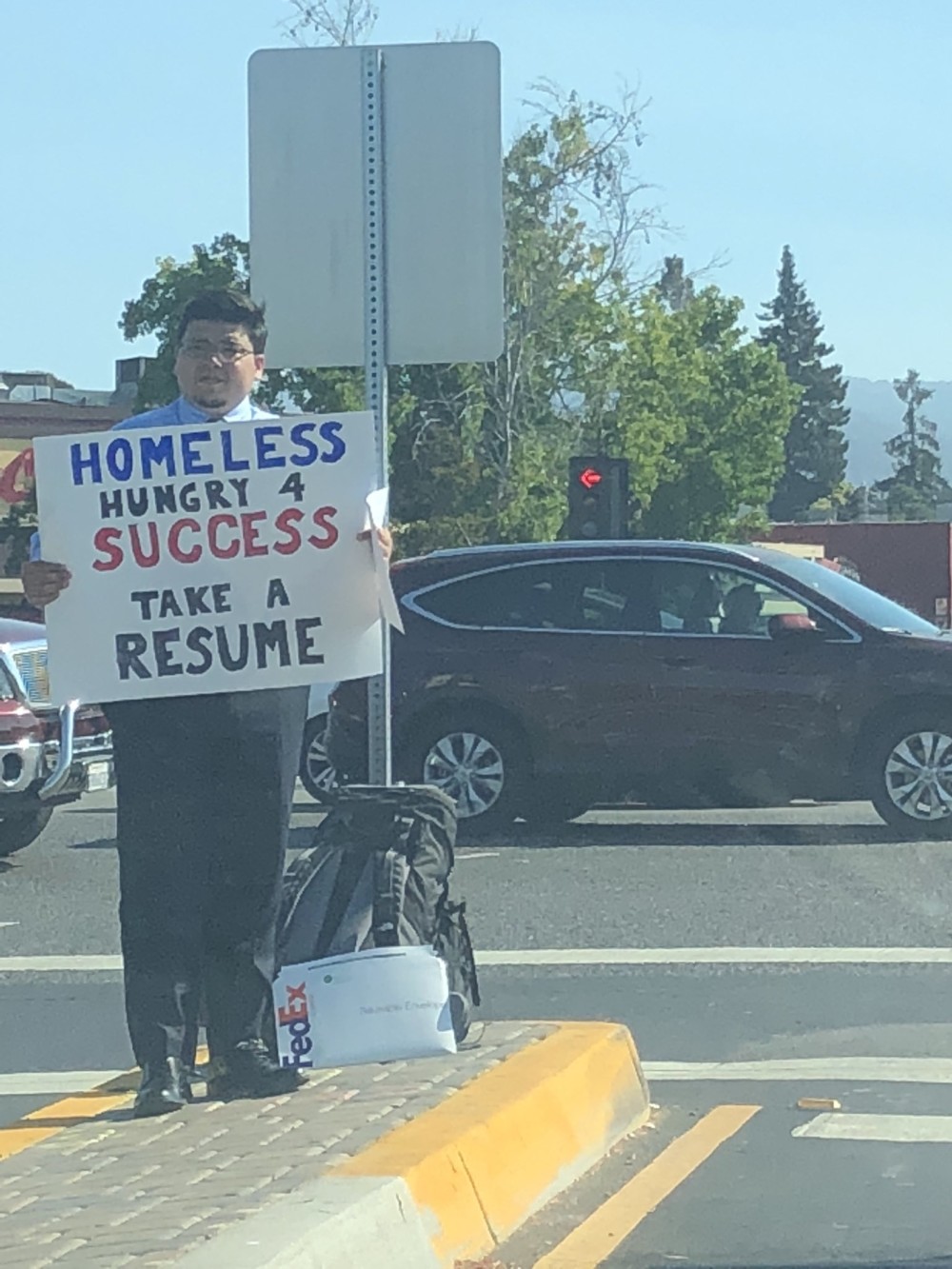 A homeless web developer named David Casarez has landed multiple job offers after advertising his resume on a highway median.

According to the New York Post, Casarez dressed up in a shirt and tie and carried a hand-written cardboard sign saying:

“I’d been living in my car for more than a year. No one was hiring. I had an interview with Apple in January, but the job was filled internally.”

Speaking on his decision to carry a cardboard and hand out a stack of his resume, he said:

“It was basically a make-or-break moment. I wanted to keep my head up high, keep looking forward and see what opportunity would come next.

“I was thinking you know, like this was like my last stop. If this didn’t work, I’d go back home and give up on my dream.”

After he had been standing on the high way median for a some hours, a driver stopped and asked if she could take his picture and post it online and Casarez agreed.

“Today I saw this young homeless man asking for people to take a resume rather than asking for money. If anyone in Silicon Valley could help him out, that would be amazing. Please RT so we can help David out!”

Today I saw this young homeless man asking for people to take a resume rather than asking for money. If anyone in the Silicon Valley could help him out, that would be amazing. Please RT so we can help David out! pic.twitter.com/ewoE3PKFx7

By Saturday afternoon he’d been offered more than 200 jobs.

Casarez holds a bachelors in management information systems and had moved to Silicon Valley to start his own tech company after working at General Motors for a while.

He ran out of cash and decided to take an extraordinary route in search of a job.

“It’s been happening very quickly, and I’m in shock,” he said. “I wasn’t expecting that kind of response,” he said. “It kinda blew up.”

“Google reached out to me…. So many other companies. Pandora. A bunch of startups,” he said.

“A product manager from Bitcoin.com was wondering if I could work remotely of if I want to relocate to Tokyo”.

Living & Celebrating the African Dream!
Catch all the Scoop on www.bellanaija.com