Starting tonight, ABC TV is airing a new six part documentary series, Making Child Prodigies which had us thinking – what exactly IS a child prodigy? And how do you know if you have one?

A lot of parents like to think their child is special and more advanced than others, and in some cases they actually are. According to Gifted Education Consultant, Michele Juratowitch, from Clearing Skies, ten percent of all children are gifted in various degrees ranging from mild, to moderate and then exceptional; however child prodigies and geniuses are much more rare.

Apparently around 4,000 kids in Australia are exceptionally gifted and of those less than hundred can actually be considered real child prodigies.

“A child prodigy is generally someone who by the age of ten is performing at an adult level, so they may or may not actually be in the gifted range however they are very talented individuals with their advanced capabilities obvious very early on,” says Michele.

“A gifted child on the other hand, may show potential or a natural ability in a particular field such as music, maths or art, however this gradually emerges and the development of those abilities may not happen until later, such as adolescence or adulthood.”

The most obvious sign that your child could potentially be a prodigy is if they’re showing a superior adult level of competency in a specific area at a very early age (before ten), so more advanced than the average adult. Usually they are also very intensely focused on this particular talent.

There are however still issues around fine motor control. For example with musical ability, a child would need to have very fine motor skills early on which is unlikely, but as they grow their abilities, which emerged at a young age, they may then able to be developed into talent.

In many instances with gifted children, parents also say they noticed their child was different even as a baby – such as being very alert, tracking with their eyes and smiling early – however this is not always the case with child prodigies. 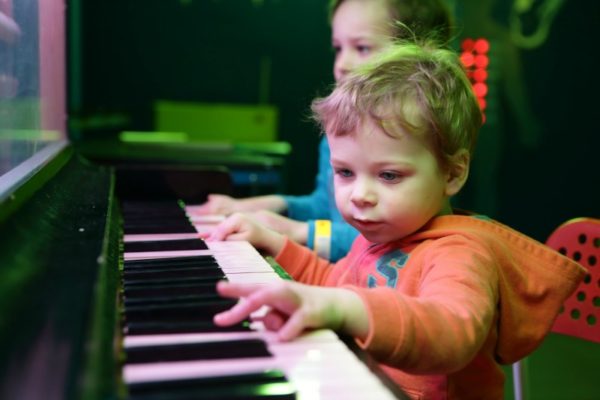 It’s believed that genetics has a lot to do with whether your child will have special talents, so it’s not unusual to see families with multiple siblings who are gifted with abilities often carried down from parents and grandparents.

When looking at giftedness, it’s also not uncommon for autism to crop up. A lot of gifted children have siblings with autism, where they both have similar characteristics such as that intense focus to develop their talent at a heightened level. However, for the autistic child this can often be problematic, whereas for the other it might be skewed towards an extreme talent or achievement.

If your child is a prodigy it doesn’t necessarily mean that they will develop into an adult genius (someone who can do things that very few people, if any, can do). Amadeus Mozart was an exception to this and was both.

“Prodigies may be able to perform or produce at a heightened level, but then not necessarily go on to create a paradigm shift or make a significant contribution to the world as adults. They could however still be very capable performers in their field,” says Michele.

The role for parents

If your child is gifted, and in particular a prodigy, Michele believes that being aware of their capabilities and potential, and then acting upon that is key.

“As a parent of a gifted child, you need to provide a very enriched environment and allow them to develop their talent. There might need to be exposure to instruments or art materials or whatever it is, and they may also require specialised teaching. Some skill may emerge naturally, but to hone that talent there usually needs to be some specialised teaching,” she says.

Some of her other advice for parents:

Making Child Prodigies airs Tuesday May 29 at 8pm on ABC and iview. For a sneak peak check out the trailer below.

Why front-line managers are a learning program’s greatest ally

The empowering influence of machine learning on mobile app development

Impact Of Mobile Learning In Training And Development

Learning & Development Opportunities in the Workplace: A Benefit for a Growing Workforce