Executives held a conference call with analysts to put those results into perspective while explaining why they remain confident in their full-year targets.

Below are a few highlights from that discussion. 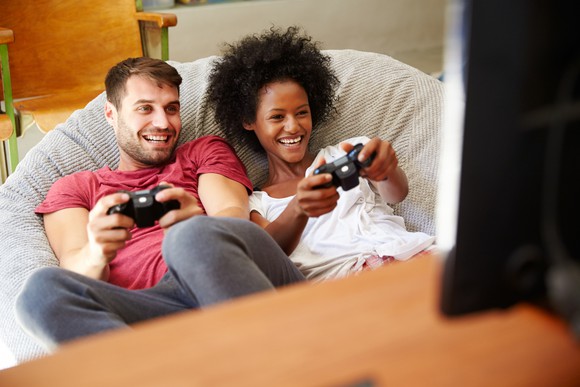 We are obviously facing some interesting challenges. Our goal is to find the best person to provide the required leadership and energy for the company.
— Interim CEO Shane Kim

GameStop has been operating for months without a permanent chief executive, and, despite the recent elevation of Shane Kim to the CEO position, that important leadership question hasn’t yet been answered for investors. Dan Dematteo, who briefly held the CEO title earlier in the year, described Kim as an industry veteran with deep experience around game publishing and development.

But Kim made it clear that he intends to hold the position only on an interim basis. CFO Rob Lloyd could end up becoming the permanent CEO, but until the company makes the final call, GameStop will hold off on any big strategic changes and instead focus on improving its core business segments of video gaming, technology brands, and collectibles.

The sales results met management’s expectations but were still hit hard by the lack of a video game device release on par with last year’s Nintendo Switch launch. With nothing to drive a similar demand bump this time around, GameStop’s hardware sales fell 8% and game sales dipped by 10%.

On the bright side, executives noticed strength in sales of both the Xbox One and PlayStation 4 consoles. The retailer also managed a healthy jump in its accessory business, including headsets and controllers for both PCs and consoles.

For collectibles, the category increased nearly 25% for the quarter, with growth driven by toys across categories as well as our square footage expansion. [Tech brands] revenues were down 16%.
— Lloyd

GameStop saw mixed results from its new business lines. The consumables division expanded at a nice pace while also boosting profitability thanks to decreased price cuts. Its technology brands segment, on the other hand, continued to move in the wrong direction as higher prices combined with compensation changes to push customer traffic and profits down. 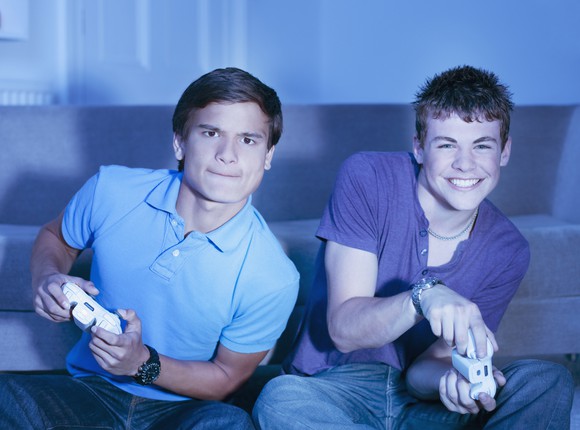 Together, these segments accounted for 16% of sales, or about the same proportion as a year ago. Thus, the company remains far from achieving its target of diversifying away from the shrinking video game retailing business.

We continue to see annual earnings significantly weighted to the second half of the year, particularly given the strength of the title lineup around Call of Duty: Black Ops 4, Red Dead Redemption 2 and Battlefield V.
— Lloyd

GameStop believes almost all of its 2018 earnings will be generated in the back half of the year, especially in the weeks around the holiday shopping season. That unusually high seasonality means that investors should view the retailer’s sales and profit forecasts, which management recently affirmed, as risky and highly dependent on upcoming gaming releases.

At the same time, executives made it clear that the company’s generous dividend, which currently yields almost 12%, remains a priority even as they look for ways to shore up the business’s finances.

Any major strategic changes, such as divesting segments like the tech brands unit or dramatically increasing stock repurchases, meanwhile, will have to wait until GameStop settles on a permanent CEO, likely sometime in the next few months.