Cricket Australia director and former Australia skipper Mark Taylor has tipped disgraced former captain Steve Smith to return to the role in the wake of the ball tampering scandal that rocked the sport.

Taylor told the Nine Network’s Sports Sunday that he expected Smith to be Australian captain again after his ban on holding a leadership position expires in March 2020.

At age 28, Smith could still have the best part of his career ahead of him for Australia.

The world’s number one ranked batsman is expected to ply his trade for Sydney grade club Sutherland this summer and is free to return to the Australian set up for next year’s World Cup and Ashes in England when his 12 month national ban expires at the end of March 2019.

Scroll down for video

Former Australian Test captain Mark Taylor was adamant about who should be long term captain should be when asked by the Sports Sunday panel. ‘Steve Smith to me, and everyone wants to label people, is not a cheat,’ he said 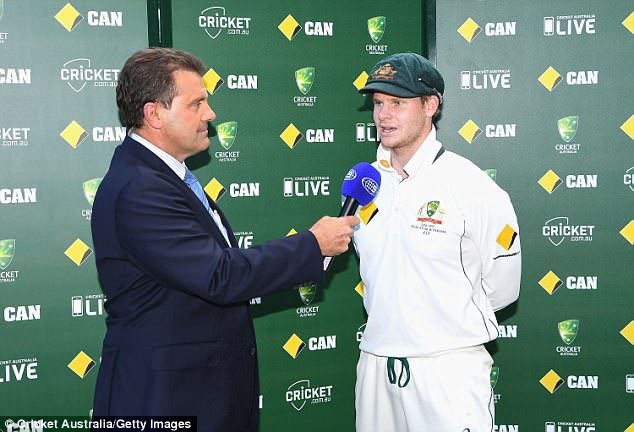 ‘I think if he ever does come back and captain Australia it will make him a better captain,’ Mark Taylor (pictured left) said of Steve Smith (right)

Taylor, who captained Australia in 50 Tests, was adamant about who should be long term captain when asked by the panel on Sunday.

‘Steve Smith to me, and everyone wants to label people, is not a cheat. Steve Smith was guilty of negligence in my opinion. He saw something going on and he didn’t stamp it out. That’s a mistake of negligence. He’s not a cheat, he’s a very good person. And to me that’s the biggest damage that’s happened over the past few months.’

‘The most memorable line from his press conference he said was that it was a failure of leadership,’ panel member and former Australian Wallaby rugby union player Peter FitzSimons said.

‘I thought his share price went up with that because he was taking on board the responsibility.’

Taylor added: ‘I think if he ever does come back and captain Australia it will make him a better captain.’

‘So why must Steve Smith be suspended for negligence in his leadership? Wouldn’t professional counselling have been a better way of dealing with it?,’ one man tweeted.

Another added: ‘He should captain Australia because no one better than him in captaincy for aus but hope so for this, but it was too harsh of one year ban on them and i think that it was not a crime that people should hate him for that and Iwant him to be back soon both as a player and captain.’

But not everyone was supportive.

‘I truly hope not, he knew all to well about the ball tampering and just wanted to protect himself. Cricket in Australia is now tainted and if he came back at all just means we are OK with cheating in the game. Richie (Benaud) would agree with this statement,’ one man tweeted.

Another added:  ‘He never organised or participated in any of the stuff that went down but it happened with him as captain. Unfortunately you can’t give it back to him.’ 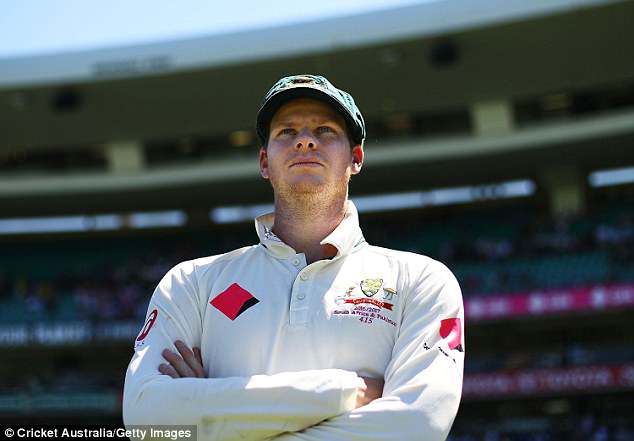 As world’s number one ranked batsman, Steve Smith  is expected to ply his trade for Sydney grade club Sutherland this summer and is free to return to the Australian set up for next year’s World Cup and Ashes in England 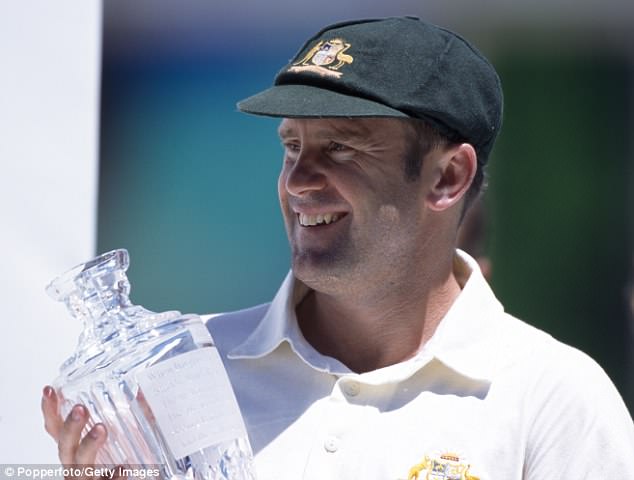 Taylor’s position on Smith could prove crucial in the future, given the the Cricket Australia board must rubber-stamp any captaincy appointments.

The issue of leadership will again come to the fore this week, with Australia’s squad for the one-day series in England expected to be announced.

Tim Paine, 33, has been confirmed as the ongoing leader of the Test team but it is unclear if he will lead the limited-overs team after fellow wicketkeeper Alex Carey was also handed a CA contract last month.

If Paine isn’t selected, 31-year-old Aaron Finch would be the likely be the front-runner given he has previously led the ODI and T20 sides.

Recently-appointed Australia coach Justin Langer indicated this week he would welcome Smith, as well as fellow-banned players David Warner and Cameron Bancroft, back into the national team. 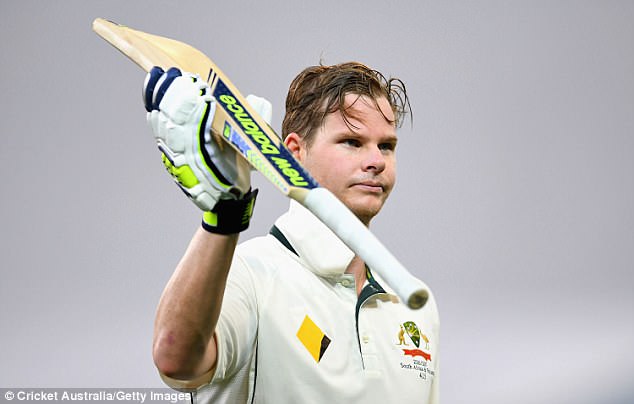 ‘I now have a lot to do to earn back your trust,’ Steve Smith (pictured) posted on Instagram this week.

Meanwhile, a refreshed Smith declared this week he was ready to get back to business after returning home from the US.

‘It’s great to be back home in Australia,’ he posted on Instagram.

‘I have had some time away to come to terms with everything and now it’s time to get back into it. The amount of emails and letters I have received has been incredible and I have been extremely humbled by the enormous amount of support you have given me. I now have a lot to do to earn back your trust.’

In his first Instagram post since before the ball tampering scandal, Smith thanked his parents and fiancee Dani for being his rock.

‘Family is the most important thing in the world and I thank you for your love and support,’ he wrote.