A series of private emails written by then-Saskatchewan Social Services Minister Donna Harpauer reveal her secret plans to work around the rules in the hiring of a senior government official years ago.

Months after the Saskatchewan Party came to power, Harpauer had concluded the ministry was intransigent and broken.

In a March 8, 2008 email she wrote, “beyond a doubt the civil servants are still running the show … The obvious very simple strategy involves giving their new minister false information or incomplete information and keeping them overwhelmed with trivial crises.  When questioned everyone plays stupid.”

The Public Service Commission is getting all crappy about us hiring people without open competition … Blah … Blah … Blah. Lots of fun.  I really don’t care what they think!
– Donna Harpauer in 2008 email

She wrote that email from her private account to Tim Korol, a former police officer who had worked on her election campaign. She offered him a job as assistant deputy minister, hoping he could come in and set things right.

But she realized that may be tough, given the current rules.

“I will hire you by contract if need be to get around the rules defined by the [Public Service Commission],” Harpauer told Korol in an April 5, 2008 email.

She said the commission, which is the central human resources agency for the province, had been getting in the way of the new government’s plans.

“The Public Service Commission is getting all crappy about us hiring people without open competition … Blah … Blah … Blah. Lots of fun.  I really don’t care what they think!!” she wrote to Korol on June 24, 2008.

This was one of dozens of private email exchanges CBC’s iTeam has obtained between Harpauer and Korol.

The emails were provided to CBC by Korol himself, after recent revelations that the Premier’s Office and other cabinet ministers have been using private email accounts to conduct some government business.

In releasing the emails, he’s sending the government a message. 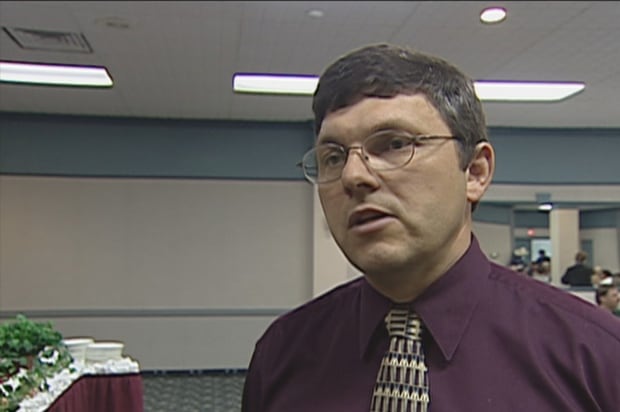 Tim Korol, a former assistant deputy minister in social services, says he was told that he was to use his private email account when discussing sensitive topics. (CBC News)

“This is wrong. This is not the way we should expect our government to work,” Korol said in a recent interview.

He said when he was first hired in the fall of 2008, he was told to write sensitive emails from his private account because “we wanted to be free from the freedom of information requests.”

Korol points out it’s not illegal to use a personal email account for government business, but he has come to believe it is unethical because it might thwart transparency.

Ironically, some of the email skulduggery was done in order to hire him to his position in the first place.

Harpauer derides ‘culture of secrecy’ from her private email

“The last two weeks have finally pushed me over the edge. The culture of cover up within Social Services is astounding,” she wrote from her personal email account to Korol on March 21, 2008. 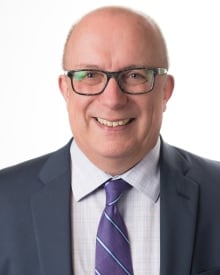 In private emails, Harpauer wrote that her chief of staff Laurie Pushor was working to find a “back door” way to hire Korol. (Government of Saskatchewan)

In an effort to change that culture, she planned to bring on Korol.

She wrote that her then-chief of staff, Laurie Pushor, was “working hard to get around all the barriers in making changes to the public servants,” and he was working on finding a “back door” approach for Korol’s hiring.

“It will get your foot in the door … The back door that is … And although I doubt the PSC will be happy about it I don’t think it can be reversed,” she wrote.

On July 2, 2008, she told Korol he could expect a call soon for a job interview.

“Formality to appease everyone. Laurie is aware that even though you will be hired, you may not be able to start right away.”

She said the Premier’s Office was in the loop.

“The powers that be in executive council are already aware that I intend on hiring you and they are prepared to appoint you through an order in council if the rules and procedures of the PSC become a problem,” Harpauer wrote.

When asked earlier this month about her approach to hiring Korol, she wrote, “Mr. Korol was hired by OC [Order in Council], which is well within my authority as the minister responsible.”

In June 2009, Harpauer dismissed Korol after nine months on the job, citing a lack of progress in fixing the foster care system.

After leaving that position, Korol became an outspoken critic of the ministry and an advocate for people he perceived as falling through the cracks.

Frustrated by ‘an antique piece of legislation’

The hiring of Korol wasn’t the only contentious personnel issue at that time.

In correspondence with Korol, Harpauer said the government had been butting heads on a number of issues with the Public Service Commission.

In the summer of 2008, a ruling by the commission went against the Saskatchewan Party government, which caused her to be “so frustrated I can’t even begin to express it.”

“Now I hear that we have to rehire some of the people we let go in Labour because of some technicality in an antique piece of legislation,” Harpauer wrote.

When responding to CBC’s questions about these emails earlier this month, she said her frustration stemmed from a slow hiring process and a bureaucracy that was making decisions without her knowledge or consent.

“Social Services announced that a couple hundred social services jobs would be eliminated or transferred – and I did not approve this initiative, and in fact, had to reverse it,” Harpauer wrote.

In her 2008 emails, she blamed the problem, in part, on the Saskatchewan Party’s own transition team, which dismissed some government workers and replaced them with their own picks.

“The transition team did a completely inadequate job of identifying problem people,” Harpauer wrote in early 2008. “On the positive side, although it’s harder to explain later in the game why you were getting rid of people, it can and must be done.”

In an email to Korol, Harpauer acknowledged that she had been chastised — for moving too quickly.

She had approved the suspension of a couple of managers who launched a complaint and threatened legal action.

“I ignored the PSC process and acted against their advice and I have to be put in my place,” Harpauer wrote. “We handled the entire situation wrong right from the beginning and I knew better so I should have stopped it.”