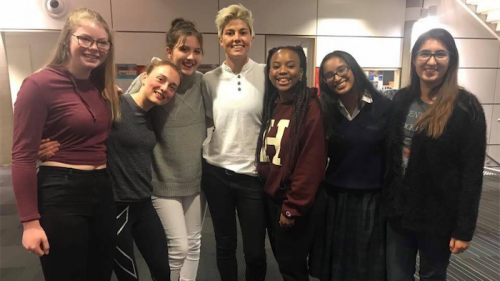 HIGH-school girls with leadership potential are eligible for an initiative that connects them with relevant speakers, leadership workshops and a network of local peers.

Applications are now open for up to 50 girls to join The Girls Leadership Network, which encourages year 11 and 12 girls to learn about themselves and develop the skills to lead others, says founder Ritu Clementi.

“I had previously run a similar program, which had been successful in the US, and when I moved to Canberra I saw there was nothing similar geared to the same age group,” she says.

“We were surprised at how successful it was and thought it would be more of a test!

“It was so well received and we think it’s because this isn’t about how to get from A to B, but a much broader set of resilience issues like how to fail, dealing with feedback and learning that the path ahead isn’t linear.”

Ritu says the girls who participated last year praised the welcoming and genuine atmosphere, the balance between listening and participating, friendships formed and learning how to communicate ideas for different people. 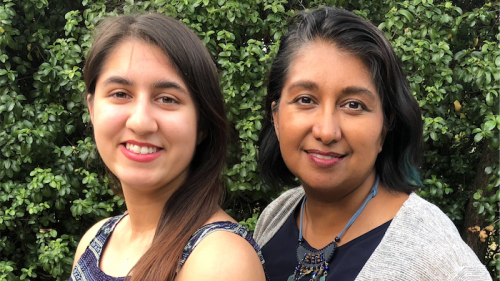 The Girls Leadership Network founders Asha and Ritu Clementi… “We were surprised at how successful it was and thought it would be more of a test!” says Ritu.

Courtney Mattick, of Canberra College, was accepted into the program last year and says she gained life skills and met people who shared the same beliefs and opinions about women in powerful positions.

“I’m hoping to make an impact on Canberra, Australia and even possibly the world by standing up for what I believe in and making sure that people look past my gender before they assume what I can do,” she says.

Imogen Brewer-De Nicola, of Dickson College, says she has enjoyed expanding her network.

“I hope I can help support the people I meet in being a leader and strong female, as well as being able to potentially work with some of them in future projects,” she says.

“As a leader, I want to learn how to support, encourage, and empower others. I want to be efficient when working, and become more resilient to my failures as they are inevitably part of success. By becoming more resilient and knowing myself better, I will not only be able to lead better, but help others better.”

Maddison Green, of Merici College, says she loves being able to see what shy and less-confident people can achieve when someone is there to give them a boost of confidence or guide them through it.

“Growing up is such a hard thing, you’re always being influenced by the media and people’s views and opinions,” she says.

“Stepping out of your comfort zone to be a leader and not a follower can be challenging at times.

“I’ve always considered myself somewhat of a leader not a follower. Women are beginning to take greater control in becoming powerful figures in the world.”

Now in its second year, Ritu says the network was able to get started with a Great Ydeas Grant in 2016, and now has corporate sponsorship from public-sector consulting firm Callida Consulting.

Ritu’s daughter Asha Clementi co-founded the network and, at 17 when it started, was the target audience, she says. Ritu and Asha run it now with a team of five, and ensure it’s open and inclusive to all schools, private or public.

“We want to target girls who are already in leadership roles or who have leadership potential,” Ritu says.

“The aim is for the network to grow continually bigger, stronger and more inspiring, with alumni as mentors to the newer girls through targeted activities and to keep the connections there throughout their lives.”

Applications for The Girls Leadership Network close on February 19. There will be six evening sessions over five months from February 28 until July 25, with additional leadership opportunities offered.