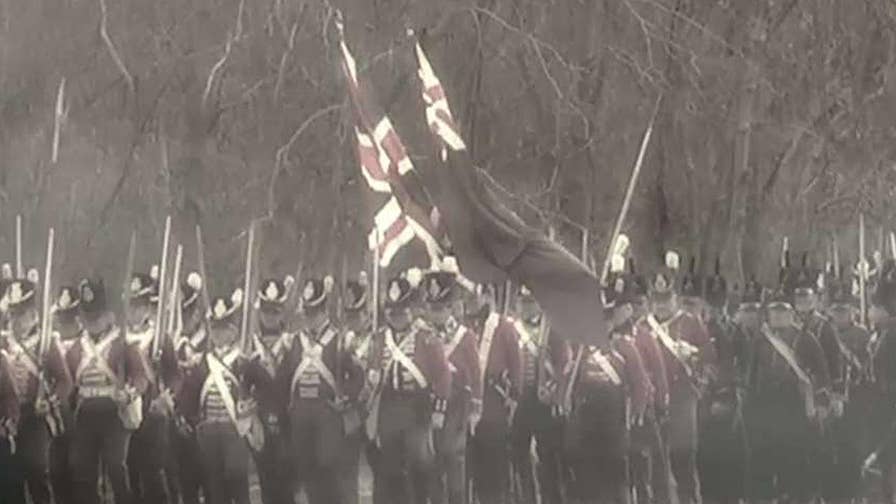 Editor’s note: The following is an excerpt from “Andrew Jackson and the Miracle of New Orleans: The Battle That Shaped America’s Destiny,” by Brian Kilmeade and Don Yaeger (Sentinel, October 24, 2017).

Andrew Jackson’s leadership proved to be exactly what the fledgling United States needed as it battled enemies coming from all sides in the War of 1812, culminating with his role at the decisive Battle of New Orleans. We get a peek at his leadership style here:

His next venture into public service would suit him better: thanks to his strong relationships and sound political instincts, he was elected major general of the Tennessee militia, in February 1802. Maintained by the state, not the federal government, the militia was provisioned by local men who supplied their own weapons and uniforms and served short contracts of a few months’ duration.

Leading the militia was a good fit for Jackson’s style, because it gave him the chance to serve the people he loved with the freedom he needed and the challenge he craved. General Jackson repeatedly won reelection as well as the deep loyalty of his men. They liked what he said. He was often outspoken, and many shared his uncompromising views on defending settlers’ rights. With rumors of war, he was ready to defend his people and was just the man to rally westerners to the cause of American liberty.

“Citizens!” he wrote in a broadside. “Your government has at last yielded to the impulse of a nation. . . . Are we the titled slaves of George the Third? The military conscripts of Napoleon the great? Or the frozen peasants of the Russian czar?  No — we are the free-born sons of America; the citizens of the only republic now existing in the world.”

Jackson understood the stakes of the war, and he recognized the strategy as only a westerner could. Of critical importance to victory in the West was a port city near the Gulf Coast. As Jackson would soon say to his troops, in the autumn of 1812, “Every man of the western country turns his eyes intuitively upon the mouth of the Mississippi.” Together, he observed, “[we are] committed by nature herself [to] the defense of the lower Mississippi and the city of New Orleans.”

Brian Kilmeade and Don Yaeger are the coauthors of “George Washington’s Secret Six” and “Thomas Jefferson and the Tripoli Pirates.” Kilmeade cohosts Fox News Channel’s morning show Fox & Friends and hosts the daily national radio show The Brian Kilmeade Show. He lives on Long Island. This is his fifth book. Yaeger has written or cowritten twenty-five books and lives in Florida.