Do you love writing? Want to write for a living? You’re in luck: the workplace is full of jobs that involve writing to varying degrees!

As writers know, there are many genres and styles of writing that serve varying purposes. You might prefer creative writing to academic writing, or vice versa, or writing short-form pieces for blogs and other social media. In any case, if you’re eager to write a lot at work, consider these seven careers/positions: 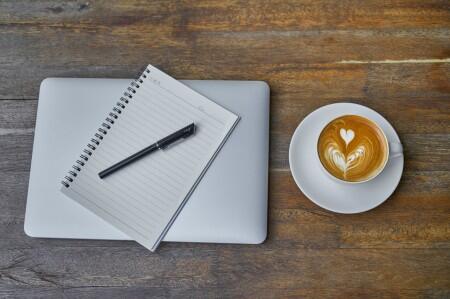 If you can’t imagine doing anything else but writing, it makes the most sense to simply make a career around writing itself! There are still people out there who think being a writer isn’t lucrative money-wise, but that notion is fairly outdated. You can prove those people wrong!

Making a living as a writer is entirely doable in 2018; if you want to be a successful author, you have to be disciplined, focused, resourceful and flexible. It may take a long time to get to where you want to be, and there are plenty of other aspiring authors out there attending every AWP conference and reading all the guides on finding an agent. If you network with enough published authors and take advantage of every resource that comes your way, you can make a comfortable living as an author.

Freelancing also remains popular among writers who want to get published in various magazines, online venues and anthologies. If you are new to freelancing, check out websites like Upwork.com, a site designed for freelancers to be connected with projects in their field of work!

Freelancing can build up your portfolio and prepare you for your next adventure as a writer. You can also work as a content writer for websites and companies that create curriculum and other materials.

If you’ve got a passion for engineering and writing, becoming a technical writer could be a smart move. According to WritingAssist.com, “Technical writers create documents to communicate complex and technical information simply. The specifics of the job vary from company to company and industry to industry. But, broadly stated, a technical writer creates or gathers information and then organizes and presents it in a user-friendly manner. This could come in the form of a web page, in-software or in-app help, a video tutorial, blog, wiki, and more.”

Specifically, as a technical writer, you will “write technical materials, such as equipment manuals, appendices, or operating and maintenance instructions,” as stated in Business Insider’s article, “High-paying jobs for people who love writing.”

But you don’t have to be a technical writer to be a writer in STEM-oriented professions, either. Businesses and companies need strong communicators, and tech companies who primarily attract STEM graduates understand that having some humanities folks on staff can greatly improve productivity. “Soft skills” are in high demand alongside “hard skills.”

If you love writing short blurbs on Twitter, a few paragraphs on Facebook, captions on Instagram and blog entries, you’d probably be a fabulous social media manager (also seen as “social media writer,” “web communications manager,” and others). The great part about working in social media? It’s lively, it’s immediate and garners almost instant reactions by your page’s audience. Consider becoming a social media manager or coordinator if you enjoy being on social media often, understand the most popular platforms and how to use them wisely, and if you’re able to write witty posts quickly and frequently. 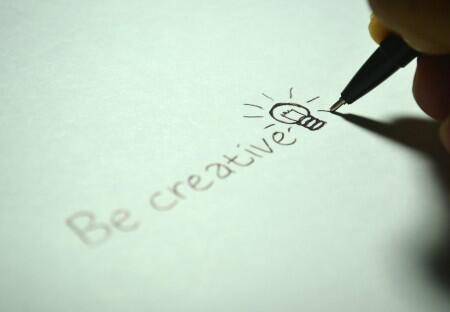 A career in PR requires top-notch communication and presentation skills. You may find that much of this work is writing-intensive, mainly because your primary task involves relaying your company’s message to the outside world. You will write countless emails, potentially design flyers and even plan events and fundraisers that benefit your organization. Above all, you’ll write to maintain relationships with colleagues outside and inside of your workplace, acting as the go-to person for anyone looking to learn more about what your company does.

Do you have a fierce appetite for seeking out the untold stories of your community? Love to work in a fast-paced, ever-changing environment where anything can happen? You could be a great journalist.

Journalists have challenging (and exciting) jobs full of interviewing, deadlines and plenty of opportunities for writing press releases and articles on a daily or weekly basis. If you love to edit just as much as you love to write, copy editing can be a great way to read and write at work

Nonprofits and human rights organizations need grant writers to help them secure funding for community programs, services and resources. If you’ve got a knack for persuasion and writing compelling, tight and well-considered arguments, grant writing could be a rewarding career.

At its core, grant writing is about understanding the mission and goals of a company/nonprofit and relaying the importance of an initiative to a funding body. These funding bodies will consider your proposal and either award or deny funding to the organization.

If you’re looking to go all the way in your education and get your Ph.D., you might enjoy a career as a university professor! Professors, given their doctorate status, are usually asked to produce regular papers, research and other creative projects in conjunction with their teaching responsibilities. This job is great for those who love academia through and through.

Search far and wide online and offline, and you’re bound to find a role that suits your writing interests. Start by searching jobs on LinkedIn in your area, chatting with folks in the industry you’d like to enter, and making a habit of searching for writing jobs both remote or in-person. Writing is an expansive, multidimensional field; you’ll find your way within it. After all, there aren’t many fields that don’t involve written content!