Unless something dramatic happens, 19 Leadership Quotes And Lessons From Wonder Woman The Movie will be my most read post of 2017.  As a result, I was very excited to be part of opening night for the latest DC Comics installments Justice League.  I was not disappointed.

In this movie, Batman, played by Ben Affleck, and Wonder Woman, played by Gal Gadot, recruit additional team members to help save the world from an evil entity named Steppenwolf.  If you like tons of action, big sound, and lots of stuff exploding, this is the movie for you!  Just lean back and enjoy the spectacle.

The following are 19 Leadership Quotes And Lessons From Justice League The Movie:

Once again, I had a great time watching this movie.  Sit back, get some popcorn, and enjoy two hours of fun. 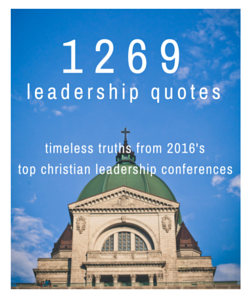 Click HERE or on the image to the left and as a free gift for subscribing to this site, you can receive my new Ebook 1269 Leadership Quotes: Timeless Truths From 2016’s Top Christian Leadership Conferences.  Featured are the Johnny Hunt Mens Conference, ReThink Leadership, Orange and Leadercast Conferences among others.  If applied, these insights will make you an exponentially better leader.  Enjoy!!!

Brian Dodd is the author and content coordinator for Brian Dodd On Leadership. In addition to overseeing this site’s content, Brian is Director of New Ministry Partnerships for INJOY Stewardship Solutions where he helps churches develop cultures of generosity. Brian has also authored the critically-acclaimed book The 10 Indispensable Practices Of The 2-Minute Leader.